Media inquiries should be directed to Tyler Bedford, Director of Communications and Relations, Building Trades of Alberta.

Director of Communications and Relations

Prior to serving as the Executive Director of the BTA, Terry was the Executive Director of the Saskatchewan Building Trades Council for twelve years. Terry worked as a glazier and before becoming the ED for SBTC, he worked as a Business Agent for the International Union of Painters and Allied Trades. His extensive time in leadership roles has given him a wealth of experience in the unionized construction and maintenance industries.

Terry is a graduate of the University of Manitoba where he earned a Bachelor of Arts degree in Political Science.

His dedication to the labour movement and to the safety and welfare of the unionized workers he represents is evident in the actions he takes and the decisions he makes every day.

Nov. 30, 2020 Fort McMurray, AB – Building Trades of Alberta (BTA) proudly contributed $20,000 to Father Mercredi School’s Santas Anonymous campaign last week in an effort to help make this Christmas a little brighter for those within the community. [...]

EDMONTON – On Nov. 1, the Building Trades of Alberta, alongside Morneau Shepell, will launch the BTA Member Wellness Program, a first for the organization, which concentrates on helping those within the unionized building trades get assistance and treatment for [...]

cute a big loss, so handsome a guy.

It’s always a sad time when a worker is killed while trying to make a living. Prayers

Incident at Base Plant leaves dozer operator missing, crews are currently investigating. Our thoughts are with the worker and we're hoping for a positive outcome. ... See MoreSee Less

A worker is missing after the dozer they were operating broke through the ice at an inactive tailings pond in Wood Buffalo.
View on Facebook
·Share

With municipal elections this fall and a cabinet shuffle at the federal level yesterday, Albertans could head to the polls twice this year 🗳

What issues get you and your family out to the ballot box? ... See MoreSee Less

There's only two issues that matter. One is Kenney is in power in Alberta. The other is Trudeau is in power in Canada. If that's not enough to get a person to vote, then nothing will.

Our sincere condolences to the family, friends and colleagues of Joe Marie Corral, a health-care aide at Bethany Riverview in Calgary, who is the first health-care worker in Alberta to pass away from COVID-19.

A gofundme page has been set up to help support the family during this difficult time: bit.ly/35ciNRa

Thank you to all frontline health-care workers for the bravery and dedication you've shown throughout the pandemic in our province and beyond.
edmontonjournal.com/news/local-news/first-alberta-health-care-worker-dies-from-covid-19-as-provin... ... See MoreSee Less

Alberta Health spokesman Tom McMillan announced 96 people have died with COVID-19 over the past five days, 54 in the Edmonton Zone.
View on Facebook
·Share

Our deepest condolences to Patrick’s family, friends and colleagues. 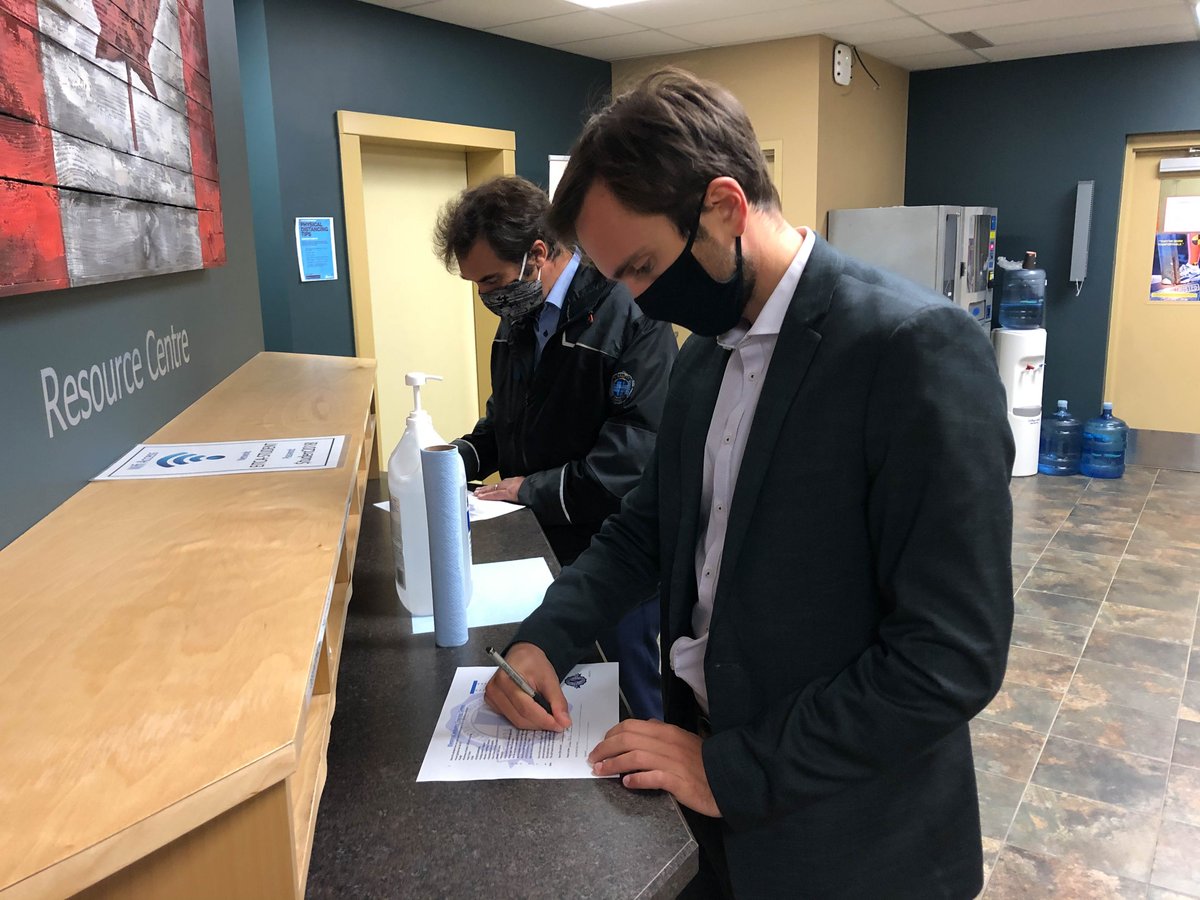 #TBT October 10th #Transpod team was visiting #Alberta after the signature with Alberta government of a MoU to connect #Edmonton & #Calgary with the next generation of #hyperloop clean transportation. 2021 will be a great milestone for this project.

Incident at Base Plant leaves dozer operator missing, crews are currently investigating. Our thoughts are with the worker and we're hoping for a positive outcome

A worker is missing after the dozer they were operating broke through the ice at an inactive tailings pond in Wood Buffalo.

With municipal elections this fall and a cabinet shuffle at the federal level yesterday, Albertans could be headed to the polls twice this year🗳What issues get you and your family out to the ballot box? #abtrades #ableg #cdnpoli #ablabour https://www.bloomberg.com/news/articles/2021-01-12/trudeau-s-cabinet-shuffle-signals-possible-election-this-year?fbclid=IwAR2gLgTeVHfUVtyqqAXWUw1iPVlSnenO-Fzehu8cU8IXT-Via5jtbLODNyQ

"I'd like to see the 25th Amendment enacted, and if that can't happen I'd like to see @realdonaldtrump do the country a favor and resign, and if not I full support the impeachment proceedings," says North America's Building Trades Union President Sean McGarvey.

Working people, labor unions, and those fighting every day for their shot at the middle class are the backbone of our economy and of this country. As Secretary of Labor, I’ll work just as hard for you as you do for your families and livelihoods. You have my word.

NEW: Statement from NABTU President @SeanMcGarvey_ calling for the immediate resignation of @realDonaldTrump and all US Senators and House of Representative members objecting to the Electoral College certification.

More than 200 Google employees on Monday announced the creation of a union, a historic first at a major technology company.

Happy New Year from all of us at BTA! Here's to bigger, brighter and healthier days ahead in #2021🥂
#HappyNewYear2021 #GoodBye2020 #abtrades #ablabour #ableg